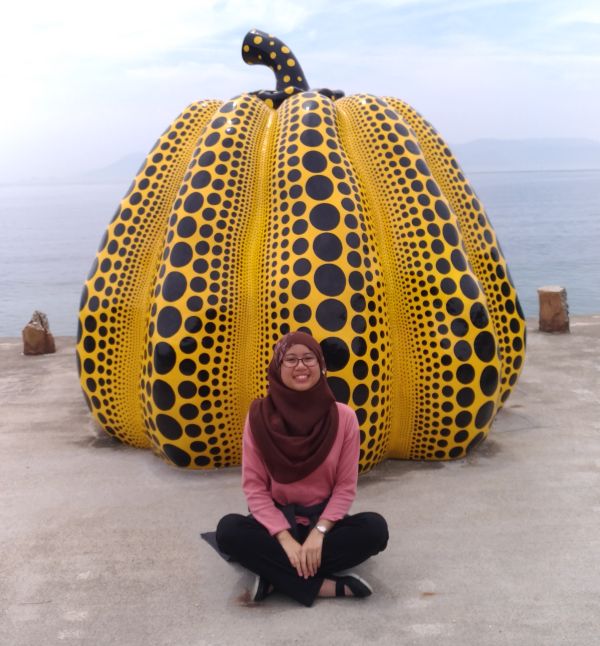 What did you do before studying in Japan?

Why did you choose to study in Japan? 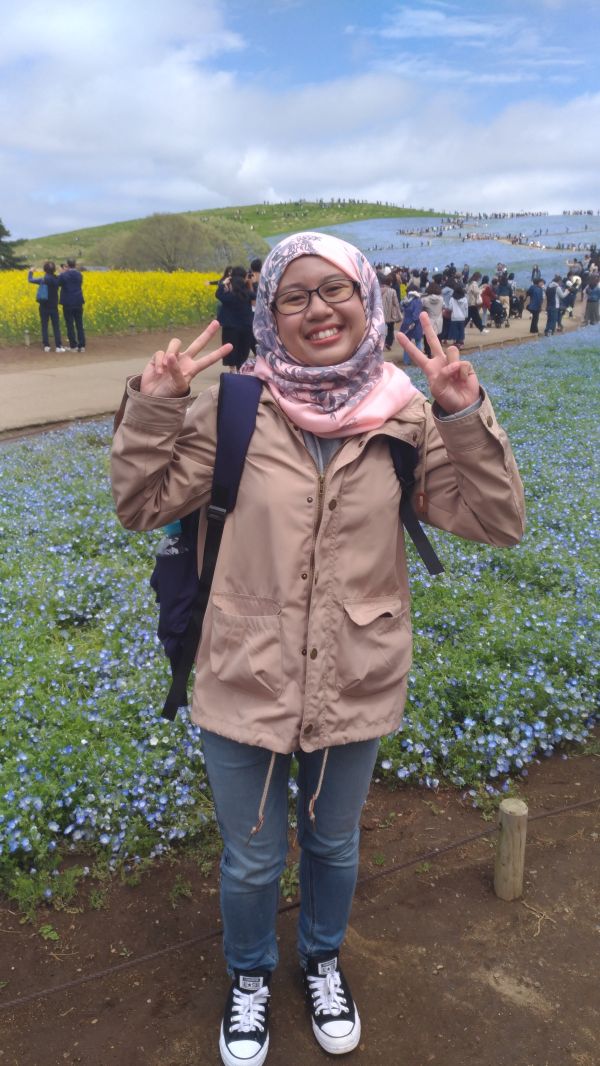 Like a lot of people who like Japan, I like anime and naturally I started to learn about the language and culture. I’ve always wanted to visit Japan, especially in spring. When I was presented with an opportunity of going, I took it.

How did you prepare for studying in Japan? Please tell us about how/when you found the information or how you applied for. 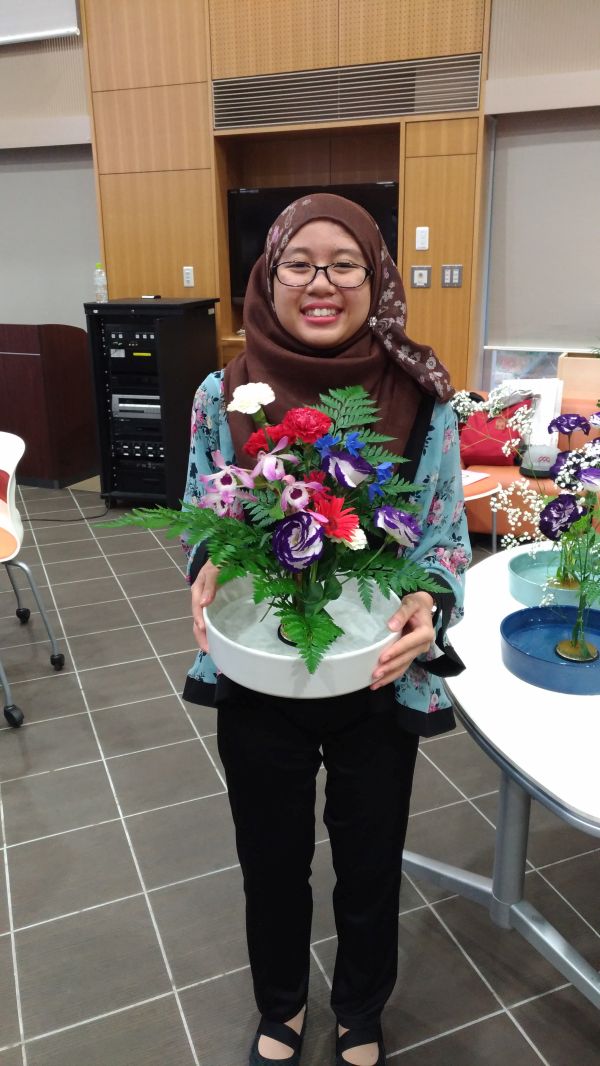 Okayama University: I found out about the summer program through an email sent to all students by my university. I submitted the forms needed for Okayama University, and also for my university, stating that I will be an exchange student abroad.
Ibaraki University: My university has a program during our third year which is called “Discovery Year (DY)” where we’ll not be studying in our university, and instead study abroad or do internship, among other programs; the decision to go is based on our choices and our cGPA results before our third year. I chose to do study abroad in Japan during the first semester of my third year and I was an exchange student. The applications for the university were sent through my university and there were also applications to be submitted for my university, stating that I will be doing an exchange program abroad. It was a long process that took few months and I started filling out applications at the end of my second year.


How was your student life in Japan? Please tell us about your study, recommendation, any difficulties and others. 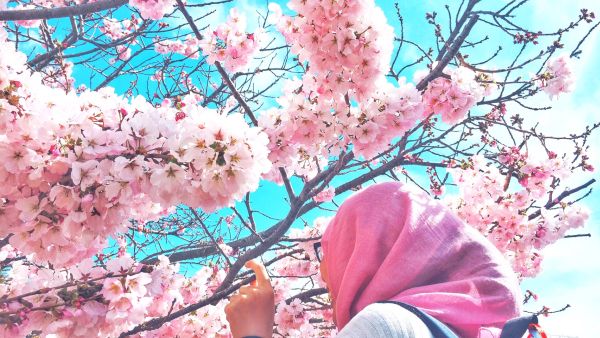 Okayama University: Even though I was only an exchange student for two weeks, it has been an amazing experience. The theme of the summer program was “Sustainable Development Goals (SDGs)” so most of my classes were related to SDGs. We also had Japanese language classes during the first week. Few of the activities for the classes were excursions such as going to Naoshima Island, and it made my study in Japan more fun. At the end of each class (including excursions), we were required to do reflection journals. On top of the usual classes, I was able to experience Japan culture through few of the classes including tea ceremony, ikebana (flower arrangement) and calligraphy. I was also able to immerse in the language and put my knowledge into practicality, and made new friends from around the world.

Ibaraki University: Since I was able to stay longer (four and a half months), I was able to experience Japan more. I was able to go to more places. I also had an amazing experience, and it was really a once-in-a-lifetime experience. I still remember the experience until today. I was placed in “Humanities and Social Sciences” department in Mito Campus. Note that their semester is divided into two quarters. It’s compulsory for all the exchange students to take the Japanese language classes. We were required to take a test to determine our Japanese level and we were sorted to different classes according our Japanese level. Aside from Japanese language class, we were also required to take a few other classes. But note that they have very limited classes conducted in English. We also had orientation and were assigned tutors (similar like the buddy system) to help ease our exchange student life. They also handed out a list of classes recommended for exchange students. Aside from the usual classes, only some of the classes I took had excursions similar to those in Okayama University. I stayed in the Ibaraki University International House. It has a lounge where everyone can hang out. It’s a good opportunity to make new friends. From my experience, I was surprised most of the exchange students spoke in Japanese instead of English. Even though I had some difficulty communicating sometimes, but I took this as an opportunity as a motivation to practice Japanese. And in turn, my Japanese has improved. Sometimes the International House committee and tutors arrange trips and events for the exchange students such as welcome party, going to Tokyo Disneyland and Hitachi Seaside Park. Through the events and trips, we were able to bond with the Japanese students and other exchange students.

Part time job
I wasn’t able to do a part-time job in Japan but I applied to a part time job and went through an interview, but I got rejected. It was a bit harder for me to find a part-time job because I was staying in Japan for less than 6 months, but it’s not impossible. You can find part-time job through an app called “Baitoru”, and even subscribed to “Line バイト(Baito)” on the app “Line”. “Line” is a popular messaging app in Japan and I recommend getting it while in Japan to get in touch with everyone. Note that both apps (Baitoru and Line バイト are in Japanese, but the “Line” app itself isn’t. Sometimes shops and even your university campus will have part time job recruitment postings so keep an eye on them. You can find the application form in convenience store, and you can ask your buddy/tutor to help you. Just a heads up, the interview will mostly likely be in Japanese, and the same goes to the part time job, unless the company is English speaking. You’ll also need a Japanese phone number for them to call you for the interview, and for receiving the result.

JLPT (Japanese Language Proficiency Test)
I’ve done my first JLPT (Japanese Language Proficiency Test) in Japan but the price of the test is 5500 JPY which is more expensive than a lot of other countries (including mine). I applied through their official website and created MyJLPT account. If you’re looking for a book to prepare for JLPT, I recommend Kanzen Master series. You can also get the official practice workbooks in the official JLPT website.

Recommendations:
If you’re an exchange student for at least a semester, especially if you’re staying in a more rural area, I recommend getting a bicycle to move around and even going to the university. Okayama University and Ibaraki University have a lot of dedicated bicycle parking. There’s probably a bicycle secondhand store in your area so keep an eye on them. I do know Mito City has one or two, but I’m not sure about Okayama. But I’m sure they’ll have it. Sometimes seniors also hand down their bicycle. Aside from studying, I recommend exploring Japan and experience the culture. If you’re tight on budget, there are places you can go for free too such as parks. Google is your friend. If you like flowers as much as I do, I recommend keeping an eye on flower festivals and seasonal flower change. I also recommend going to festivals in Japan such as summer festivals and firework shows.

Any message and/or advice to those who wish to study in Japan? 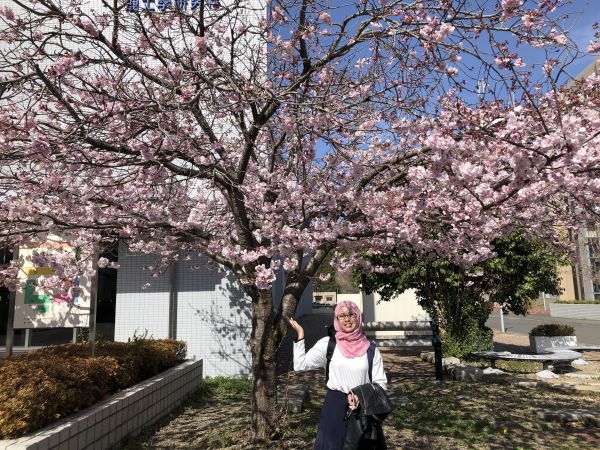 It’s an advantage if you know some Japanese before coming to Japan. The further away you are from the bigger cities, the less English there are. It can sound scary but take this opportunity to practice Japanese. Don’t be afraid to make new friends. Many people are probably as nervous as you. Just like you they are trying to adjust to a new place, and some are probably excited to meet new people. Be open and take the opportunity to learn other cultures too. There will be some that are less friendly and less approachable but don’t let that get to you. There will be friendly ones too. I wish you all the best. I’m sure it will be a once-in-a-lifetime experience so enjoy it to the fullest. And don’t forget your studies too.